Home is where your heart is!

For more than four decades, Living Resources has been providing families with peace of mind that their loved ones will continually be well cared for! 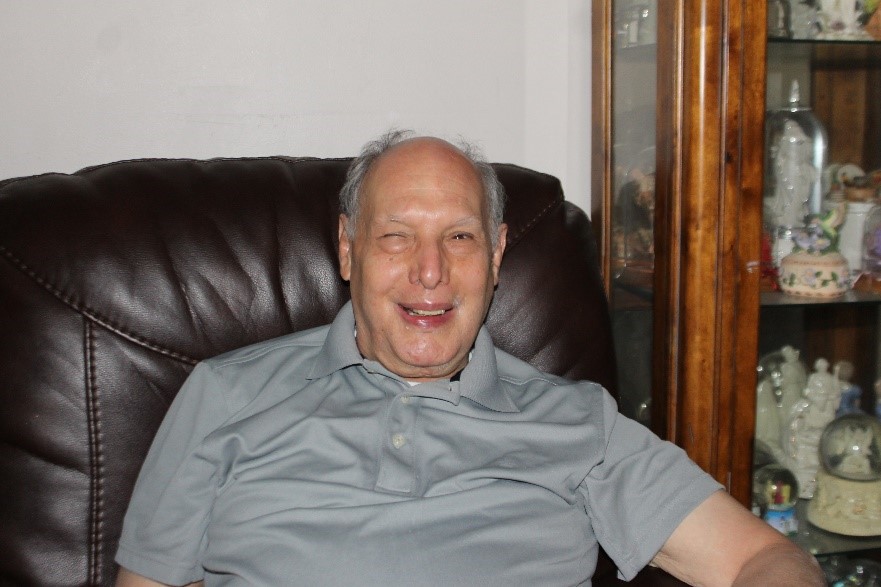 Born with visual and intellectual impairments over 70 years ago, Al has had a variety living arrangements, including an institutional dormitory. He remembers the embarrassment of having to dress himself in that impersonal, public setting. Knowing Al wasn’t receiving the best care possible and having concerns for his safety, his parents set out to find a better life for their son, and didn’t stop until 1975 when they found Living Resources. They were overjoyed that they finally had a safe home for their son where he was embraced and lovingly cared for.

During his younger years, others had control of his money, and that is still a sore point for him. It’s no wonder that some of his favorite parts of life at Living Resources involve earning a paycheck and spending his money in ways that bring him happiness. Al brims with pride when he shares about his many jobs he held, including that of custodian at our main office. He proclaimed “I enjoyed the work and I made good money, too.” Hearing him talk about his life, one is struck by his indomitable spirit.

In his spare time, Al loves to sing Karaoke and has even been invited to sing at some fundraising events. He is an avid sports fan, particularly enjoying football, basketball and baseball. He has seen the Yankees live, both in New York and at Citi Field, stating for the record that he liked New York experience better because Yankee Stadium is bigger. He loves to cook, which he learned by watching his mother, and is known for his famous potato salad.

Al is currently enjoying retirement and the sweet slower pace associated with it. While Al was happy to return to his routine of participating in our day program and community habilitation when the COVID 19 shutdown was lifted, he knows that the best journeys always lead home.

For now, he enjoys the simple pleasures of family. He sips coffee with his friend Jane every morning, sometimes even going out for a coffee date at Dunkin Donuts. He enjoys having fun with his Living Resources family, saying his staff have a fun sense of humor. “I pick on them all the time and they joke with me back.”

While both his parents are now deceased, Living Resources is still there and Al has had a comfortable and full life. He has been lovingly supported by an agency which is structured to protect and serve people with life- long disabilities and will continue be for the rest of his life.